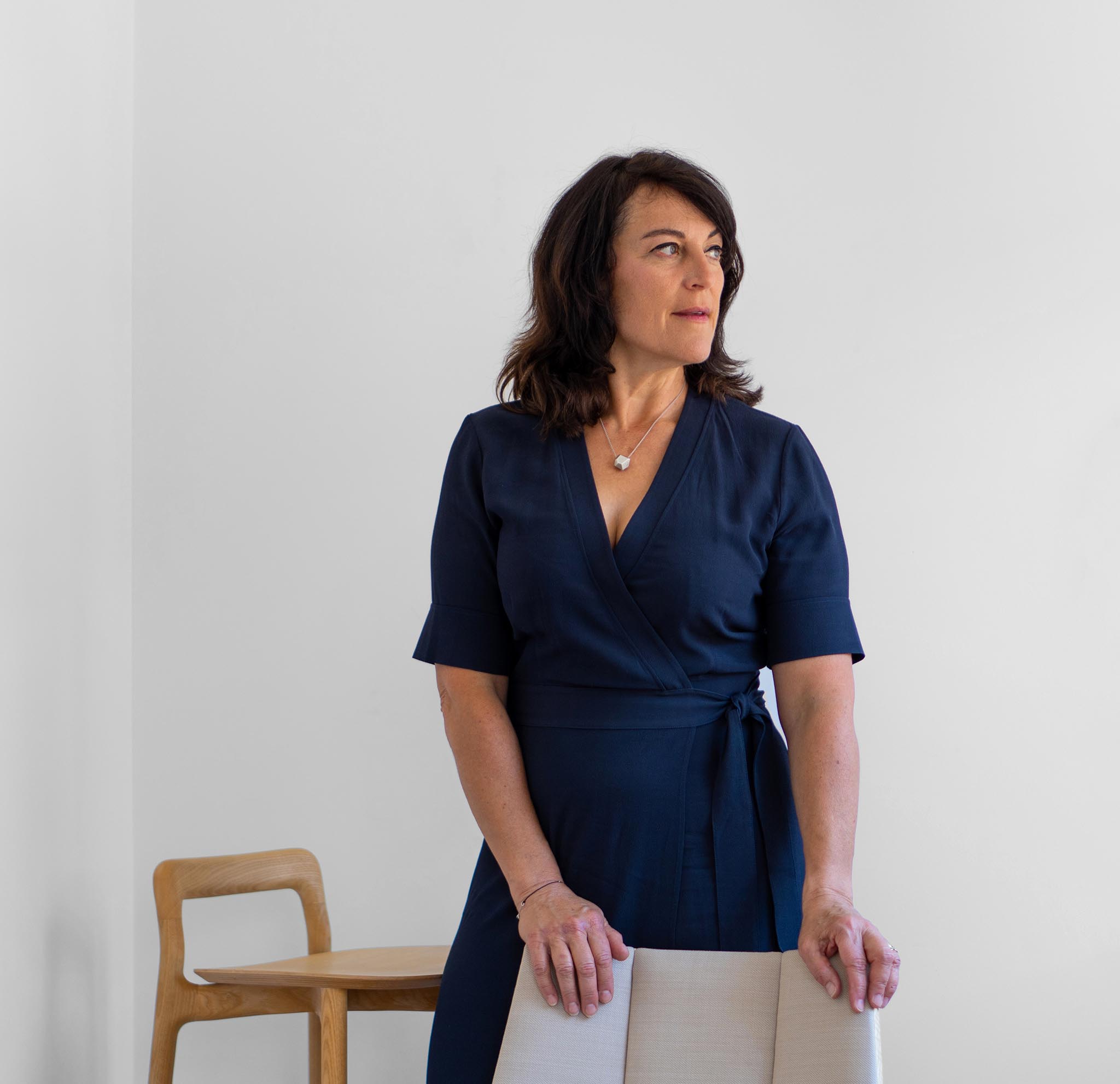 Anyone who needs to restore their faith in the industrial process need only look at Kim Colin’s work. Colin, alongside her partner Sam Hecht creates beautiful, carefully considered objects, combining simplicity with utility, manufacturing flair, and intellectual rigor. Colin and Hecht’s evocatively entitled London studio, Industrial Facility (established in 2002) has an impressive client list, which includes Muji, Herman Miller, Emeco, Mattiazzi, and Epson, among others, and a wide array of successfully completed projects, including watches, chairs, phones, tents and knife holders.

As the name suggests, Industrial Facility embraces modern industry, defying the typical suspicion that associates it with cheap mass production and thoughtless consumption. Their twenty-first-century interpretation of craft advocates for a return to care and detail realized through contemporary industrial manufacturing techniques.

The studio’s spin-off project, Future Facility, is dedicated to exploring the Internet’s increasingly influential role in defining the relationship between products and people. With such a progressive outlook, it’s hardly surprising to learn that certain quarters of the design community are playing catch-up. While Hecht was recognized as a Royal Designer for Industry in 2008, it took a further seven years for Colin to be awarded the same—regardless; she was the first woman product designer to be recognized in the organization’s history. She is also one of the female designers featured in the new Phaidon book, Woman Made: Great Women Designers.

In this interview, she reveals her personal childhood attachment to Cleo Baldon, why she’s reinventing the kitchen for a new generation of cooks, and why it’s absolutely essential to ask, never tell.

Woman Made Can you describe or characterize what you do?

Kim Colin I think a lot about context and how meaning changes when it does. I have an inherently analytical mind; taking things apart and putting them back together is a primary structural activity. I experiment with how thought can be conveyed materially in objects. I enjoy how the ‘everyday’ changes every day. I look for clarity of ideas that can hold an entire project, and I take seriously my stewardship. I am cross-disciplinary.

WM What was the design of yours that was the hardest but the most satisfying to create?

KC All projects are challenging in their own way because we work in many different areas and don’t specialize, so we can never rely entirely on what we’ve already done. Recently, as Future Facility (our IoT branch), we designed a kitchen concept called KIT that is a provocation to the appliance, tech, and kitchen industries. Its premise is to question why currently kitchens are the result of cabinetry that leaves a ‘slot’ for dormant appliances and why appliance tech seems so disconnected to what we actually need. KIT envisions appliances that can themselves become a structure for the kitchen, reducing the need for the cabinetry trade, using tech in a way that is useful (not wasteful or irrelevant). KIT imagines how the appearance of appliances can change, too, as a result of this thinking. This project was hard because we did not have a client or a brief, no timeline or budget, just the desire to discover what KIT could become. But it was ultimately very rewarding as an exercise because the studio was deeply engaged in the possibilities. We designed something very beautiful in its clarity of both form and function. However, the industries are not ready for a shake-up; something stronger than design will have to provoke change, even though we can see it coming.

WM Are there aspects of the design process that women are better suited to? Or is it wrong to think of hard differences between male and female design?

KC Women should be able to find what they’re good at without category, without pre-definition of what they’re supposedly better suited to. I have enjoyed this freedom, or I’ve taken it because no one gives it to you. I don’t like to define design by gender, but I do support underrepresented bodies getting more exposure.

WM If you could collaborate with one designer in Woman Made, who would you choose?

KC I would have liked the chance to work with Cleo Baldon, who was an interior, landscape, and furniture designer in Los Angeles. I am so happy she is included in the book! This is for a personal reason. I grew up in a house that she helped design, with furniture that she made, which my parents still have. Her giant steel and marble coffee table is an impressive geometry, one I used to hide under as a child, and her Venice studio was the first design office I visited. She made a big impression on me at an early age. My choice is not about ‘taste;’ but spirit. She was an original, and her intellectual confidence was striking. I would have liked to work for her to understand earlier what it takes to be a woman who leads with her ideas.

WM Do you advise fellow female designers? If so, what do you tell them?

KC I would hope my Masters’ students at ÉCAL would say I do and that they find me very willing. More than tell I ask them what it’s like; the difficult spots in their experience, and I might point to what I feel are unnecessary concerns, things that might hold them back from their own development. I try to open the doors again if they feel something is closed to them. Positive cultural change can be made over a career, where hopefully one leads by example.